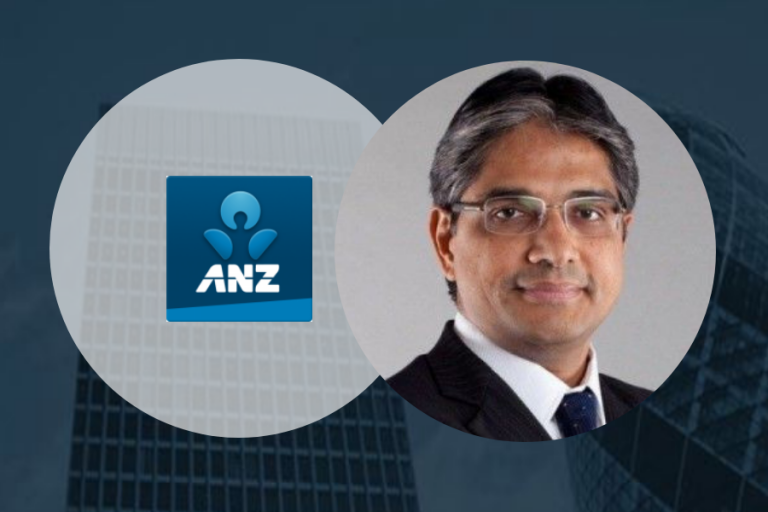 A Modern Success Story in a Historic Institution

“Many years ago, you could get away with a fairly limited vision of what your roles and responsibilities are. But today you cannot choose, and you cannot afford to not be curious and broaden your understanding of what is happening outside.”

We sat down with Sreeram to discuss the state of digital contracting at ANZ, and to get an idea of how it has played into the success of the Australian giant.

Insightive.tv: Could you give me an overview of the digital v.s. paper mix at ANZ?

Sreeram: Because we provide many different products in different markets around the world, it is hard to give an exact estimate. But I think that if we overlay these markets you could put our state of digitization somewhere around 60-70%. We have been able to develop some industry leading results off the back of recent investment.

I cannot at all claim that we have solved our digitalization problems. But everything is in a relative sense. And in that context, we have made some really big positive strides.

One measure we use to look at these developments is how much our ‘straight-through’ processing rates have improved. For our primary products — payments and global markets — those rates have been rising rapidly for the last two years.

We have also robotized some breakthrough processes — in a software sense, not physical robots — in our operations centers and offshore hubs. This has allowed us to make vast increases in our productivity as part of our process automation agenda.

This has all allowed us to see specific productivity improvements over the last three years — no less than 6-8% per annum.

Insightive.tv: What are the biggest challenges you have faced around digitalization?

Sreeram: One of the biggest challenges could be described as trying to change the wheel of a car while the car is moving — as an organization that is operating in over thirty countries and has been offering very similar products and services to customers for more than 180 years, we have naturally developed fantastic platforms. The question for us is figuring out how to invest in improvements without stalling what we are already doing.

The other challenge is customer expectations. Customers, even when we use the word corporate or institutional, are still humans behind a desk. So even our institutional customers, on a personal level, experience change. They expect digital simplicity and improvements when they walk into their office or interact with banks like ANZ.

The third challenge is almost the reverse of the previous. Even if we do digitalize certain products or services, a customer — due to their circumstances or preference — may not be willing to adopt it. We have different levels of adoption by different strata of customers in different markets. Institutional customers are also a part of organizations that require investment at their end.

The last challenge is internal. It is difficult to deploy new technological capabilities within the midst of existing legacy platforms. How do you pick what to take out and replace? The tool-kits that have enabled that in the recent past have brought a lot of optimism. But, at the moment, it should be said that we need to be agile. But agility does not give us license to be fragile.

End to end digitization becomes another problem here. A real challenge for institutions that have legacy processes and platforms is making sure that investments lead to a true end to end processes. Asking — will these processes float through the entire chain? If you are initiating something that breaks during the process, you are bringing in inefficiency and maybe a risk.

It is also necessary to get a good Return on Capital. It would be easier to meet all expectations if money was unlimited. But it is not, so we must prioritize investments. This further requires a good mindset towards development. 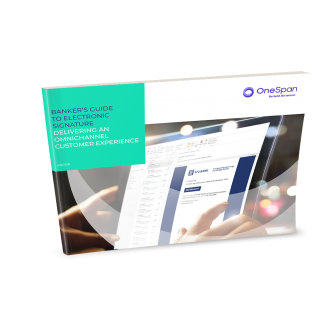 Insightive.tv: Does this development process involve using third parties to create and maintain technical infrastructure, and how do you go about sourcing these providers?

Sreeram: We have several different third-party contractors in different regions. However, the development mindset is worth discussing further before going into those details.

Culturally, as a bank, we still have to learn our way internally and improve our own position from mere awareness to interest and then to adoption of all the new technologies. Raising awareness within our internal teams is something we really began investing in about three years ago. For example, we are lucky enough to have a relationship with MIT in Boston, and I have been there to learn about digital transformation.

We have a diverse mix of partners that draw from industry, academia and the government. We are collaborating with all these channels to learn and understand what is available out there. I don’t believe that any one community can claim to have cracked this whole thing.

Beyond this, we conduct exercises — bringing together teams to solve business problems. These are mostly research bodies and other startups in Australia and New Zealand. We are also partnering with a number of our strategic vendors that are otherwise very important for us running aspects of the bank as a whole.

Insightive.tv: Could FinTechs do anything differently when approaching people like yourself?

Sreeram: Because a bank can be very complicated, with different regions, multiple products; really complicated customer segmentations — it can be very difficult for FinTechs to necessarily accurately pinpoint the business problem they can solve, and how it fits into any given bank’s operations. But at a CEO level, or a business head level, if you get this concept right, you stand a better chance of being heard.

Insightive.tv: How do you see things changing over the next three years?

Sreeram: I think that it might take more than three years, but I think that the call center — the voice denominated service proposition and operating model that banks have today, will die. This is for many reasons, including the availability of new options. According to surveys, customers feel that calling banks over the phone is by far the worst channel of communication. At the very least, it is not a channel that I see growing.

On the corporate side, what used to be fairly difficult to execute across borders, for a corporate or institutional customer, will no longer be relevant in the sense of physical geography because of the ease in which you can facilitate a transaction, regardless of the country the customer is domiciled in.

I also think that as institutions come to experience that, retail customers will have an easier time with these transactions as well. I think that the somewhat artificial borders that we now have, that divide how we deal with customers from the bank’s point of view, will really collapse. This will be good for both customers and banks. That is, other than regulatory constraints.

Insightive.tv: Do you feel that banking has fundamentally changed over your twenty-year career, or is the FinTech revolution another fad?

Sreeram: I think things have changed. One change that is really positive is the shift of technological development away from solely the digital of IT departments, to being enterprise-wide, group-wide, and from the board down.

For example, in banks, 20 years ago, if you needed money to change or install a new core banking platform, it would be a serious challenge because it was tough to justify that kind of investment. Now, things have changed.

This is not just ANZ, or even just banking. In the last ten years, a situation has developed in which no company can really afford not to invest in technology. But this is particularly true with banks because of risk. At the end of the day, banks are still run on trust. IT security forces companies to look very positively on technological development.

I think the language of technology, the willingness to invest, and almost the necessity to claim that space, now comes from the board down.

One of the biggest signs that ANZ has committed to that is the appointment of a new Digital Head that reports directly to the CEO. We brought in Maile Carnegie from Google to fill this newly created position.

Many years ago, you could get away with a fairly limited vision of what your roles and responsibilities are. But today you cannot choose, and you cannot afford to not be curious and broaden your understanding of what is happening outside. If you don’t have awareness, you can’t initiate an option.

You need to invest in educating people in your senior leadership team. But, as I learned at MIT, leadership is too important to be left to the bosses, so we have got to keep going. Sreeram Iyer is Chief Operating Officer at ANZ. His responsibilities cover aspects of institutional business strategy and retail banking in ANZ’s Asian retail market — overseeing teams in every country in which ANZ operates. He has been with ANZ for five years and has worked in banking operations for more than twenty years.

Originally published on October 13, 2016, this article is part of an interview series produced by Insightive and OneSpan (formerly Dealflo). Insightive is an industry group in the UK focused on financial contracting and digital transformation. Acquired by OneSpan in 2018, Dealflo is a leader in identity verification and end-to-end financial agreement automation services.