Direct Energy depends on its e-signature capabilities to fulfill door-to-door sales in 13 states plus the District of Columbia. Given that this sales channel is Direct Energy’s largest B2C revenue generator with over 240,000 contracts a year, the ability to gather signatures via its mobile app is vital to its success. Without the power to collect signatures on the spot, says Ken Long, head of technology for consumer sales, “We’d have to go back to manual [paper] mode and that’s where I risk losing sales.”

The company’s relationship with its e-signature provider, DocuSign, had been going reasonably well. But as the contract renewal period approached, Long found DocuSign difficult to engage. For three months, Long tried to arrive at an agreement with DocuSign, yet “They didn’t come to me until a week before my contract was expiring.”

Then came the bombshell: “They said they were going to raise my rates by 600%.”

With so much at stake, Long scrambled to find a solution. He negotiated a temporary renewal with “only” a 300% rate increase, then initiated a search for a better e-signature value.

One of the main factors why I decided to go with OneSpan was their willingness to work with us, the attention we received, and the ability for us to ask questions and get accurate and true responses that showed they understood what we were trying to do.

Solution: In a Field of 10 Potential Vendors, OneSpan Stands Out

Long and his team looked at 10 different providers to find one that could meet their requirements: document encryption, branding opportunities, and ability to integrate with critical sales applications. After a period of research, Direct Energy narrowed the field to two providers: OneSpan and HelloSign.

“We did a full feature capability cost comparison across the 10, and the 10 included DocuSign. And although OneSpan Sign was not the cheapest, the less expensive solutions just didn’t have near the functionality that we required.”

But integrating e-signing and document workflow capabilities directly into Direct Energy’s mobile app trumped all other considerations. “We have an iOS app that the agents use for their sales journey. So that was the most critical for us.” 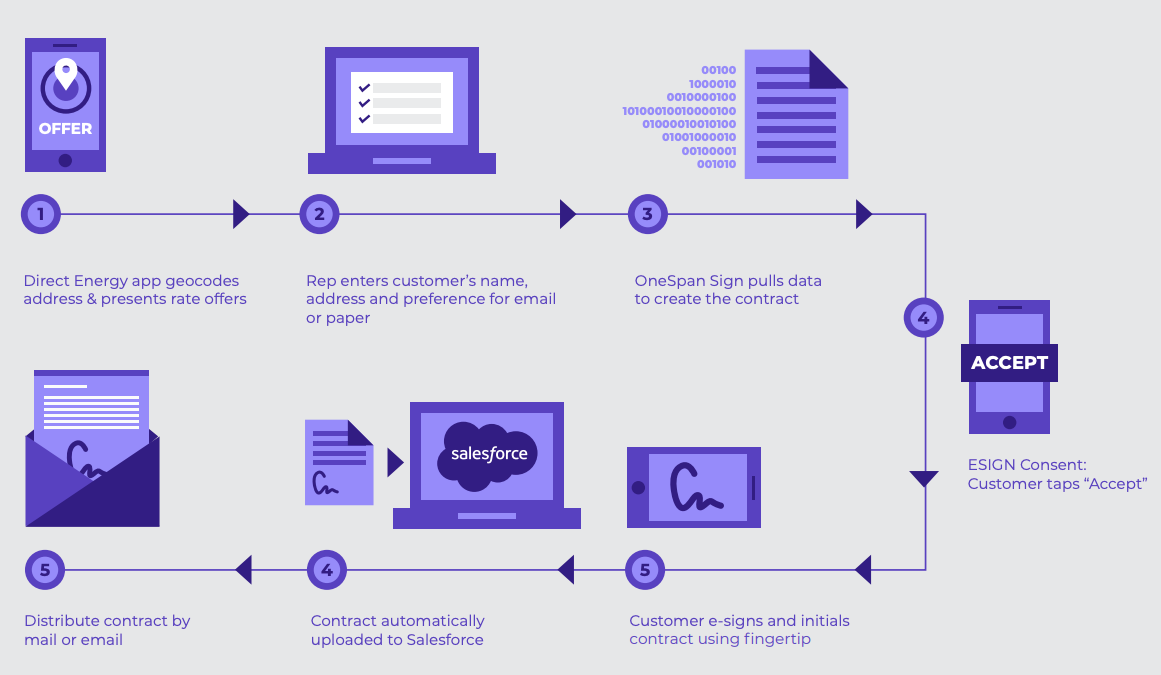 For years, Direct Energy sales reps had reported customer dissatisfaction with the small size of DocuSign’s signature box. Despite repeated requests, DocuSign failed to offer a larger box. OneSpan did so immediately. 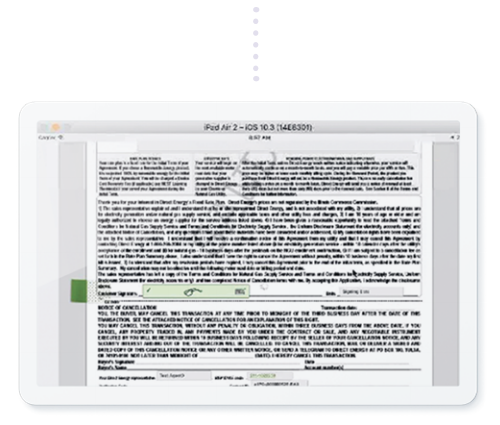 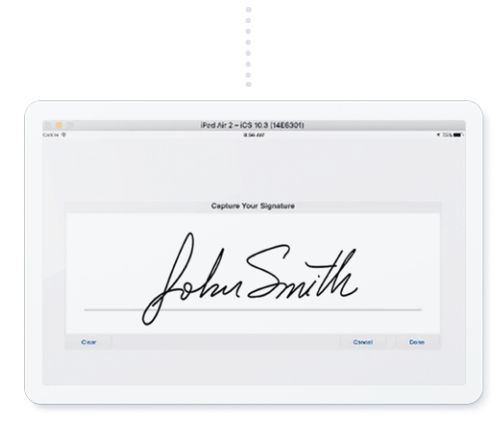 Result: OneSpan Sign Implemented in Almost Half the Time

After a six-week proof-of-concept (POC) test period, OneSpan won Direct Energy’s contract. “We built in a 90-day window for the integration and go-live,” says Long. “We got full implementation in 48 days, exceeding my expectations.”

The roll-out to reps was even faster. “We originally planned to roll-out the OneSpan Sign integration to our 350 field reps gradually over a four-week period. We ended up doing it in one week. We didn’t experience a single problem. I anticipated an influx of calls. Not a one. No bugs, no latencies, no problems.”

By moving to OneSpan Sign, Direct Energy “saved 75% of what we would have paid for DocuSign’s original renewal price,” says Long.

Yet the satisfaction and performance returns are even greater. “We have not had any outages – we’re at 100% so far, which is great. And the response from the tech team and dev team has always been good.”

Most importantly, the people on the ground, the sales reps responsible for meeting Direct Energy’s ambitious sales targets, have been very pleased. “There were definitely some immediate positives that we got,” Long says. “I didn’t hear any negatives, and they just felt that the signature process was simpler and cleaner, and easier for them and the customer.”

We’re very satisfied with OneSpan support. If we can’t get them on the phone when we call, they call us back quickly. That’s a big differentiator from DocuSign. With DocuSign, I had to escalate support requests extremely high. That happened on multiple occasions. 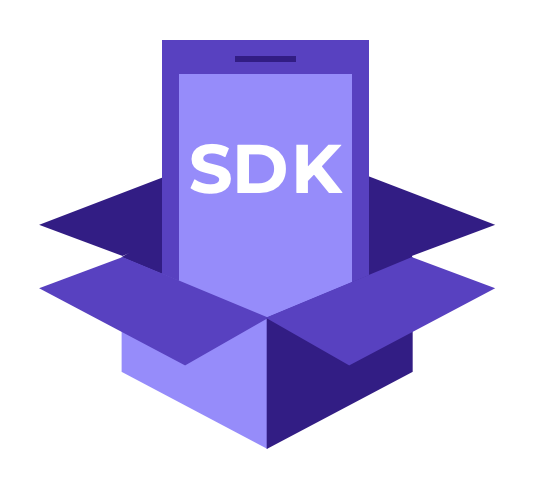 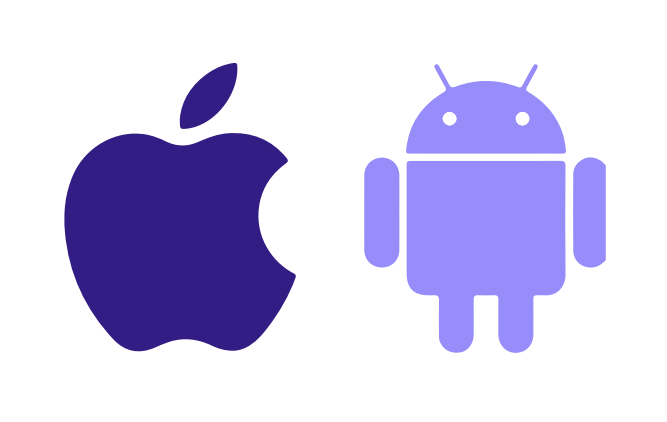 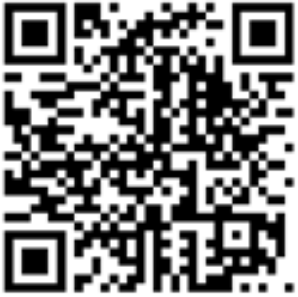 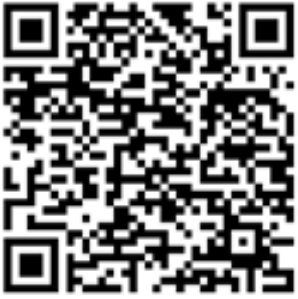 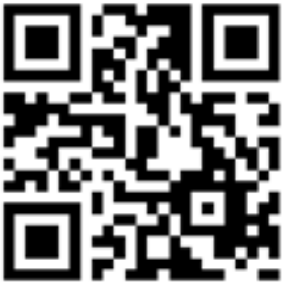 OneSpan, the digital agreements security company™, helps organizations accelerate digital transformations by enabling secure, compliant, and refreshingly easy customer agreements and transaction experiences. Organizations requiring high assurance security, including the integrity of end-users and the fidelity of transaction records behind every agreement, choose OneSpan to simplify and secure business processes with their partners and customers. Trusted by global blue-chip enterprises, including more than 60% of the world’s largest 100 banks, OneSpan processes millions of digital agreements and billions of transactions in 100+ countries annually.

Copyright© 2022 OneSpan North America Inc., all rights reserved. OneSpan®, the “O” logo, Digipass®, Cronto® and “The Digital Agreements Security Company™” are registered or unregistered trademarks of OneSpan North America Inc. or its affiliates in the U.S. and other countries. Any other trademarks cited herein are the property of their respective owners. OneSpan reserves the right to make changes to specifications at any time and without notice. The information furnished by OneSpan in this document is believed to be accurate and reliable. However, OneSpan may not be held liable for its use, nor for infringement of patents or other rights of third parties resulting from its use.