Signatures Through History - The Middle Ages 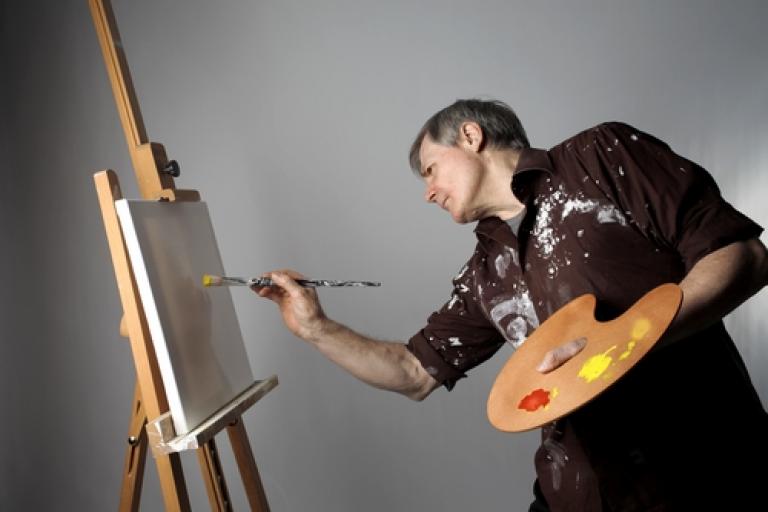 The wheels of time turn and human capabilities continue to evolve. Now we find ourselves making a jump to the 13th century. We can skip pretty much everything between Rome and the Middle Ages because, let's face it, the Dark Ages were thus named for a reason. But the Middle Ages represent a period of intellectual, political and commercial growth that ushered in the Renaissance of human intellect. Art and culture played a vital role in this process, so it is no surprise that 13th century art gives us our next insight into signature use.

The 13th century may not boast the famous names of Renaissance art circles, but it is a transition period. According to Renowned Art, two figures stand out as transitory painters in the period. Cenni di Pepo is generally treated as the last painter to make his fame through art in the Byzantine style, which was popular prior to the Renaissance, while Giotto di Bondone is often regarded as the first stepping stone on the path to the Renaissance.

The artists of the 13th century provided a transition to new ways to capture beauty, and they also laid groundwork for new signature practices.

Signatures in the 13th century
We already visited Rome, where written signatures initially emerged. By the 13th century that practice was well established. However, painters had yet to find a way to safeguard their own works. In the past it hadn't been particularly important as skilled painters were so rare that forgery was not a major issue. This began to change as art gained prominence in the 13th century, leaving painters in desperate need of a way to protect themselves against fraud and forgery.

To solve this problem, painters began to sign their name on their works, a tradition that still exists today. Simple signatures provided verification of the authenticity of a painting and became a widely accepted practice. In contemporary circles the practice of signing varies substantially in form, with some artists creating extremely creative signature methods, but the results are simple - a difficult-to-copy signature provides protection against forgery.

Protection to stand the test of time
The signatures made on classic paintings are often unique enough to, when combined with issues like brush stroke analysis, help experts verify the authenticity of works of art that are centuries old. Can your business' paper signatures stand the test of time? Contemporary paper manufacturing methods create an acidic paper that is prone to breaking down over time. Combine that with the possibility of water damage or fire and you have plenty to worry about.

Electronic signature solutions, on the other hand, record a signature in a digital file that includes metadata to verify its authenticity and ensure a long life of usefulness..