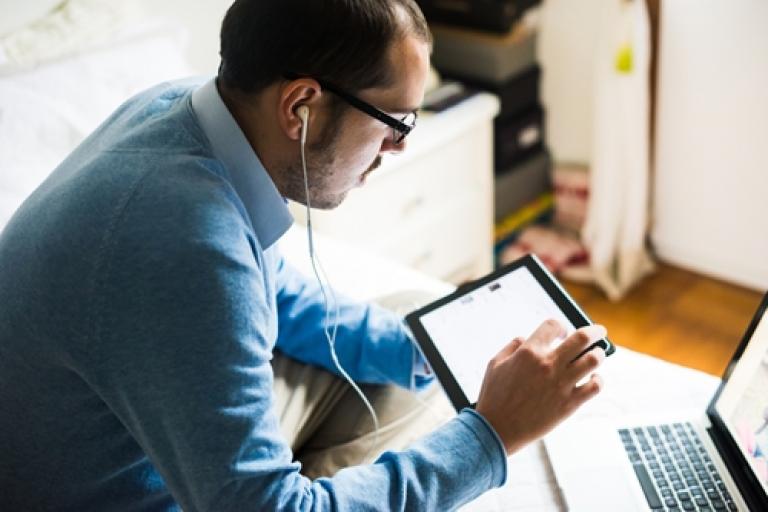 Any images of the United States during the 19th century are marred by the Civil War, a conflict that tore the nation asunder. The war itself may have only been a few years, but the political turmoil and cultural changes that led to the conflict went on for decades both before and after the event. While all of this turmoil led to destruction, the period was also one of staggering advances in many technological areas. Better methods for manufacturing, farming, commerce and communication emerged, with Morse Code rising as a predominant method of communicating information quickly over long distances.

Morse Code, a language built around on-off codes that can be used for telegraphs, signaling and other forms of communication, became incredibly popular in the 18th century. During the period, people began using Morse Code to avert the time it takes to mail documents between destinations, something that was incredibly expensive and time consuming as mail need to travel by couriers using horses, carriages and wagons. At the same time, the United States was expanding westward and more businesses found themselves needing to complete deals with distant partners, making mail a limiting and problematic arrangement.

While Morse Code enabled efficient communication, it also presented business leaders with a problem - they still needed to use mail to legally validate and contracts or agreements that were made over telegraph. This changed when courts in the United States created a provision that would allow signatures formed in Morse Code to be considered legally viable signing options. This unlocked more efficient ways of gathering signatures and allowed businesses to avoid the many fiscal and time losses that come with trying mail records over a long distance.

Moving into a new era of innovation

The advent of Morse Code as a legally-valid signing method is a prime example of courts and businesses responding to the opportunities created by new technologies. Over the years, however, telegraph use has diminished and mailing methods have improved. This has contributed to an environment in which pen and ink signatures are still common. However, new technology has emerged that makes the process of printing, mailing and signing contracts prohibitive in terms of the cost and amount of time it takes to complete tasks.

Electronic signature software has unlocked the ability to capture signatures on devices like computers, smartphones and tablets, creating a framework for portable, accessible and cost-efficient signature practices that, like Morse Code, circumvent the limitations of traditional pen-and-ink signing.

Check out our Beginner's Guide to Electronic Signatures to get started on figuring out how e-signature technology can help your business.