E-Signature Predictions in Back to the Future Part II 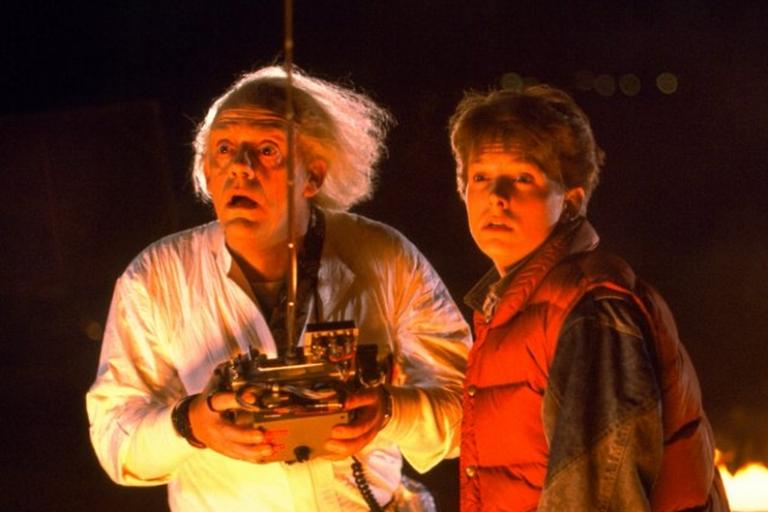 One of my favorite movies of all time is Back to the Future Part II. The film, released in 1989 and set partly in the year 2015, is all about future predictions. The notion of time travel and the future have always fascinated me. And now that it’s actually 2015, we can take a step back (or should I say, forward) and see how accurate the movie really was.

While Back to the Future Part II did get a number of predictions right, namely "video phones" (think Skype and FaceTime) and wall-mounted flat screen TVs, many of the futuristic gadgets portrayed in the film – e.g., flying cars, hover boards and auto-lacing sneakers – still aren’t a reality in "our" 2015. (Side note: Nike designers are working on releasing fully functional shoes with power laces later this year).

One prediction that Back to the Future Part II did get right was around electronic signatures. In the movie, the main character Marty McFly is asked to electronically sign on a tablet to make a $100 donation to save the town’s historic clock tower. When the movie was released in 1989, the concept of touch-screen tablets was still a thing of the future.

E-signature technology of course isn't a 2015 phenomenon. In fact, e-signatures have been around for more than two decades (and we've been offering e-signature solutions since 1992). The 1990s and early portion of the new millennium represented a critical transition point for signatures. The time was a technological revolution as trends like personal computing, the Internet, cloud computing, mobile devices and encryption took hold. These elements, together with the Federal ESIGN Act in 2000, created the perfect storm needed for e-signatures to finally go mainstream.

Today, e-signatures are being used by organizations, both big and small and across a wide range of industries. The increase in adoption of e-signature technology is driven by a need for businesses to become more efficient and to improve the customer experience. As more and more organizations adopt paperless processes and digitize their businesses, traditional workflows that revolve around paper and pen-and-ink signatures are becoming a thing of the past.

While regulated industries such as banking, insurance and government initially led the charge for e-signature use because of the electronic and evidentiary benefits associated with e-signatures, we now see organizations of all sizes use e-signatures for a wide range of use cases – both inside (i.e., HR/payroll forms and process approvals) and outside (i.e., point-of-sale, sales contracts, NDAs and vendor agreements) the business.

Today’s e-signatures go far beyond the act of simply signing on a tablet as alluded to in Back to the Future Part II. Learn about reality of e-signatures in 2015. If you’re new to e-signatures, check out our beginner’s guide to e-signatures or better yet, try our online quick demo to see for yourself how easy it is to e-sign.