Government agencies are modernizing the way business is conducted with internal stakeholders and citizens. Going paperless is a trend among many organizations, especially government agencies mandated to cut costs, increase efficiency and streamline their business processes.

According to Forrester, by 2020, the majority of e-signature transactions will be launched from a mobile device and are expected to be the dominant form of signature by 2023. In our recent webcast "No pen? No ink? No problem! Exceptional Customer Experiences with Electronic Signatures" 51% of government attendees surveyed answered that they currently do not use e-signatures. As government agencies step up their digital game by adopting Bring Your Own Device (BYOD) initiatives, using mobile applications and moving to a cloud infrastructure, secure e-signatures are an important component to consider to deliver exceptional experiences to both internal and external stakeholders. 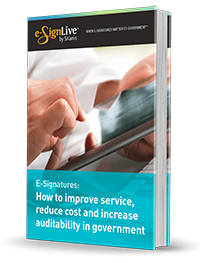 Beginner's Guide to E-Signatures for Government

Electronic signatures for all levels of government: what it is, why you need it and how it works. Download

eSignLive has a roster of over 500 government organizations using e-signatures to transform the way they conduct government business. 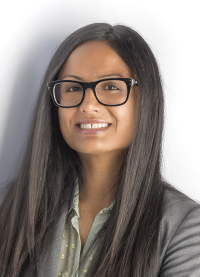 Dilani Silva is a Product Marketing Manager at OneSpan. In her role, she manages and executes the go-to-market strategy, positioning, messaging and sales enablement for OneSpan’s e-signature solution, OneSpan Sign.